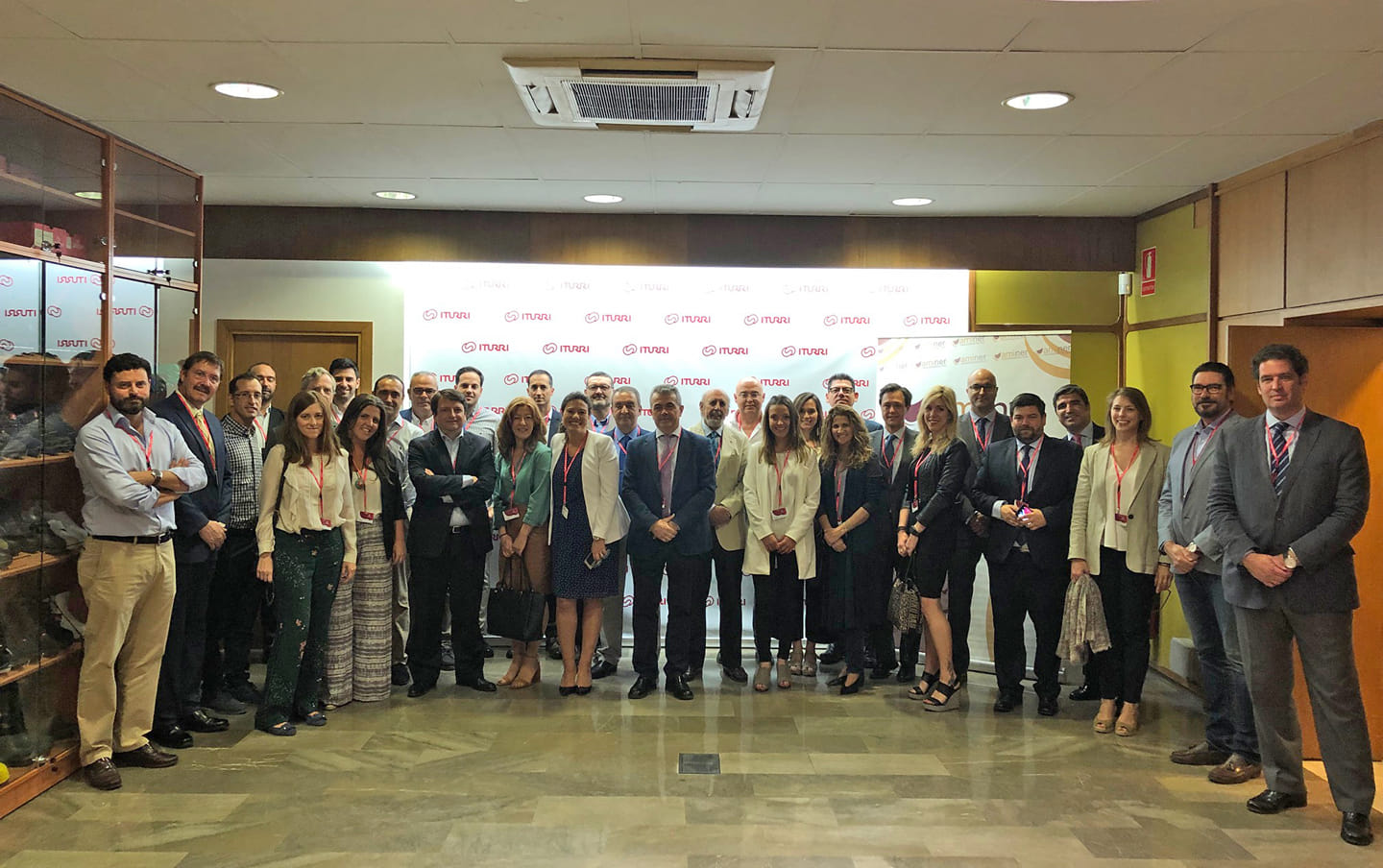 WE ARE JOINING AMINER TO CONTINUE WORKING FOR ANDALUSIAN MINING

In May of 2019 the general assembly Aminer was held at Iturriheadquarters in Sevilla. Aminer is the Association of Research, Extraction, Mining-Metallurgy Transforming, Auxiliary and Service Companies that represent the biggest mining companies in Andalusia. This non-profit company was founded twenty years ago and continues fighting on the frontline for legislation to promote the sector.

Aminer is part of the team driving the Andalusia Mining Strategy 2020. With this it seeks to capitalize on Andalusian mining, creating job positions and improving its competitiveness among other niches in the market. In addition, it wants to emphasizeAndalusian mining heritage for its tourism and economic appeal.

In this IX general assembly, Priscila Moreno, manager of Aminer, pointed out all of last year‘s good actions and encouraged all partners to continue fighting with the nonconformist and ambitious spirit that characterizes the association. Always wanting to go further, she added.

The data reflects this. Production of the mining sector in our community went above 15 million tons of mineral processed and provides direct jobs to more than eleven thousand people. Exports and foreign investment are key in understanding the exponential growth in our industry. These two variables have marked historic peaks. In the last ten years 1.900 million Euros have been earmarked and another 250 million are expected.

With that in mind, we have decided to now join Aminer in its ninth general assembly. Another four partners are also joining, such as Tharsis Mining & Metallugy, ERM, IDOM and Iturri. From here we would like to congratulate all of them on the work they do for this sector. Thank you to the association for having us.

We began with great enthusiasm and we will continue to work hand in hand to make Andalusian mining a national leader.