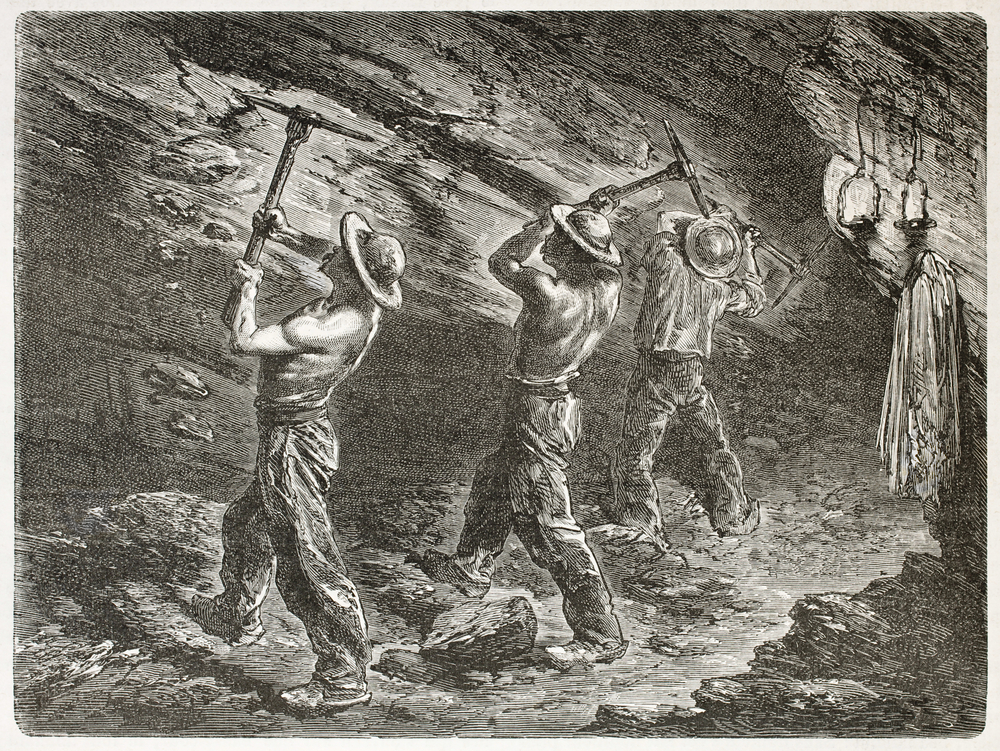 THE ART OF MINING

What kind of art could you get out of something that consists of, for the vast majority of people not in the industry, digging large craters, breaking rocks and drilling to create tunnels? What could be so beautiful in one of these caves for it to be called art? How many muses of all these workers covered in dust come to mind when we talk about mining? Well, something does come out of all of this.

Mining – apart from the necessary activity for the development of societies as we know them and its professional atmosphere that today is directed towards respecting the environment – has also led to artistic expressions. Music, paintings, museums… among these mining has found a place.

One of the most recent well-known cases, for example, was with graffiti. Graffiti artist from León, David Esteban, who signs his works as DA2.0, paid tribute to the profession that contributed to the growth of his village, Igüeña, to maintain its memory before other alternatives that are now paving the way. His work is found in an old mining area that provided jobs to more than one thousand people. It offers a glimpse of life in the mines from years past.

The relationship between music and the search for and extraction of minerals is even more common. Maybe it is true that some artists are worth their weight in gold and that a song can last forever like a diamond. For eight years, Madrid has celebrated the Tribute to Miners Flamenco Festival, which used to be held at a mining area and has now moved to the old building of La Estación, gaining popularity in the city. Even more prestigious is the International Festival of Songs of the Mines/the Union, celebrated in Murcia, probably the most important of this genre. Its most symbolic icons are the honored winners of the contests of the festival, las lámparas mineras (mining lamps), which are a clear allusion to life in the mines.

Museology also has an interest in mines that are now inactive. For example, in Cercs, a province of Barcelona, we can delve into the world of traditional mining thanks to the Mining Museumlocated in the heart of an old, inactive lignite mine in the area of Berguedà. In the world of art exhibition, the old mining hospital of Sabero, León, is being prepared for future opening and will function as a museum starting from the beginning of 2019. The museum, which will not necessarily carry a mining theme, will take in more than one hundred pieces, sculptures, and drawings.

Lastly, one of the most beautiful artistic projects related to mining is the one where each year, artists participate in the Becas Cian-m de Fabero (scholarship for painting, sculpting, drawing), directed by a sculptor and Fine Arts professor at University Complutense, Tomás Bañuelos. Immersed in a mining landscape, eight scholars paint, sculpt, and silkscreen-print the essence and spirit of the Fabero mine.

You can say that mining is not just a source of minerals and energy; it is also a one of inspiration, and its history offers a lot. In an age where we work to create sustainable mining, we hope that future paintings related to this activity show clean and green landscapes, and the word that has been so criticized, mining, starts sounding to us like a good song.