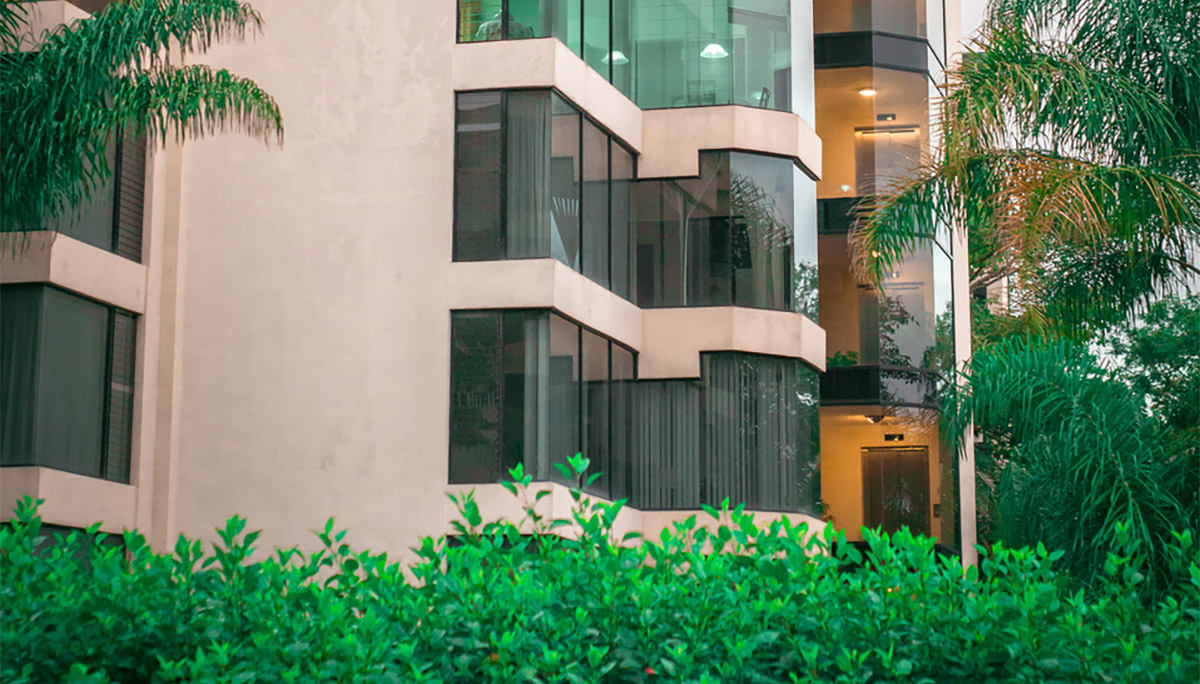 By:   ayma Construction Comments:   No Comments

Have you heard people talking about decarbonization? I’m sure you have. In Europe, Brussels has set a deadline for the end of the fossil fuel era, which is 2050. In the tenth annual World Green Building Week, the World Green Building Council (World GBC) published a complete report explaining how buildings and infrastructures on the entire planet can reduce carbon emissions by forty percent by 2030 and reach one hundred percent by 2050.

Architecture plays an important role in this context. At the end of 2018, the Ministry for the Ecological Transition of Spain carried out an exhaustive analysis of emissions. Transport took the first position with 48 percent, but what was most surprising is that buildings cause 15 percent of total emissions. Not only are emissions due to energy consumption during usage phase, but there are also those derived from the transport of materials. To give us an idea, considering energy consumption in the use of buildings and the costs of construction, the use of fluorinated gases, waste and transport of materials, it could reach around 56 percent of emissions of CO2 and other gases, according to the latest report from the European Environmental Agency.

According to the report by the World Green Building Council, buildings and infrastructures are responsible for 39 percent of carbon emissions on the planet. Out of this percentage, 28 percent corresponds to those emissions caused by heating, cooling or lighting in buildings. The remaining eleven percent has to do with emissions caused by materials and processes in construction.

To completely decarbonize the sector, it is crucial to eliminate both causes of emissions, as estimated by the World GBC. Experts propose using simple terminology and creating common language that allows for establishing a consensus regarding zero carbon buildings.

By 2060 existing housing will have doubled

«Carbon emissions associated with buildings have not been considered in the past, as shown in research conducted by the Intergovernmental Panel on Climate Change (IPCC), and by just having them in mind, it will be possible to achieve drastic cuts in all contaminating emissions during the next few decades and thus maintain the global temperature increase at 1.5ºC», explain the authors of the study.

Existing housing is estimated to have doubled by 2060, with a subsequent effect on contamination if we do not act immediately. A clear road map is presented in the study so that all agents (planners, investors, manufacturers of materials, administrations, governments, NGOs and researchers) act to accelerate decarbonization.

The application of circular economy principles will also be very important: different approaches are needed for maximizing the use of existing assets, promoting rehabilitation instead of demolition and search for new circular business models that reduce dependency on raw materials. To initiate inter-industrial collaboration, World GBC is requesting the creation of new national and industry roadmaps, like those which, with the dedicated support of the industry and politicians, have been carried out in Finland, Norway and Sweden.

Cities will also play a vital role in developing new approaches to decarbonize its buildings. This is the case in Oslo (Norway) and in Vancouver (Canada), with legislation to reduce emissions from new buildings by 40 percent by 2030, as part of its regulatory approach to face the climate emergency.

To back the viability of the objectives laid down, the report shows success stories and good practices of companies like Skanska, HeidelbergCement and Dalmia Bharat Cement.

The study was carried out by the World Green Building Council’s Ramboll and C40 Cities Climate Leadership Group, along with the collaboration of more than 200 experts, and also sponsored by the European Climate Foundation and the Children’s Investment Fund Foundation.

In the construction of buildings, the barriers against sustainable transformation are more institutional than technological, according to the analysis of WRI. As for financing, the key is how investments are made rather than how much is invested, states Aniruddha Dasguptam, global director of Ross Center for Sustainable Cities of the World Resource Institute (WRI), in the Owens Corning Forum.

The investment required for the transition to zero carbon in the world’s cities is 2% of GDP, which equals 1.83 billion dollars per year, but the benefits would be even greater. Just by 2030 it is calculated that 87 million jobs would be generated and by 2050 there would be an economic benefit of 24 billion dollars, explains Aniruddha.