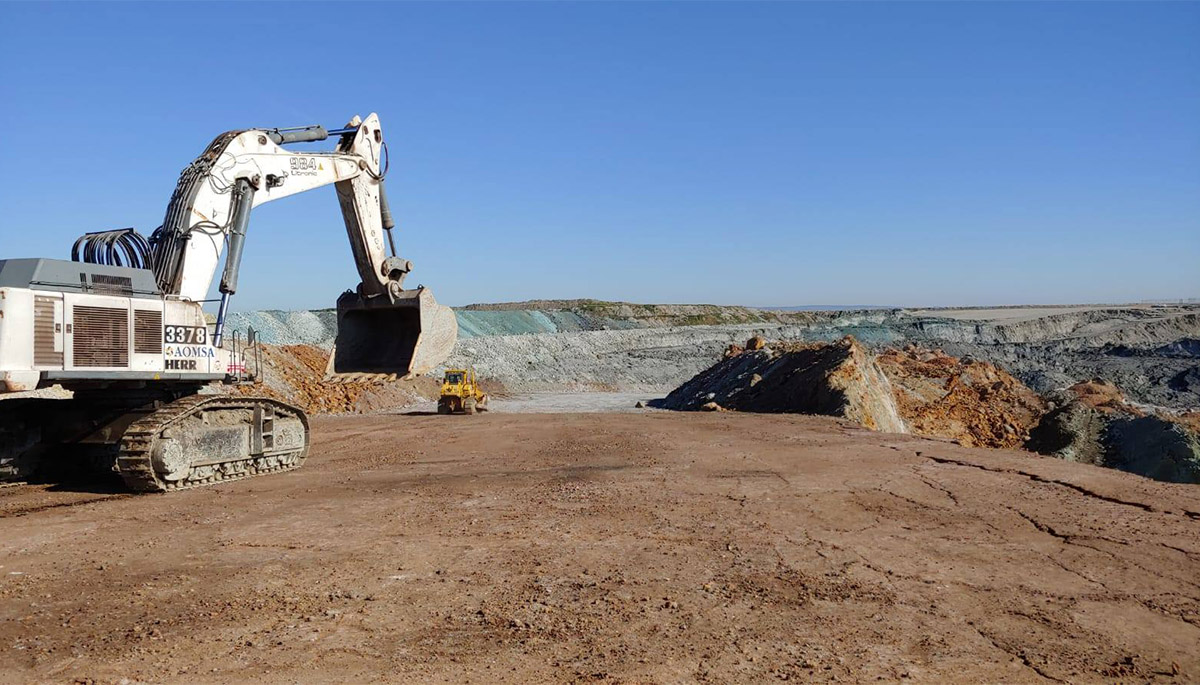 The Andalusian mining sector has an annual turnover of 2,200 million euros and provides around 40,000 jobs. It also represents 40 percent of mining at a national level, positive data that has lead mining companies to ask for government help in speeding up processes. As a result, the Government of Andalusia has promised to create the position, project manager.

The project managers will meet with the Governing Council every two months, distributed in eleven teams, and will analyze and streamline some forty or fifty strategic projects for the Andalusian Government.

If the administrative processes accelerate, the main multinational mining companies that plan on investing in the Community will be able to duplicate current revenue of open mines in Andalusia. This is how it was communicated by the mining sector in the 2019 edition of the Mining and Minerals Hall (MMH) celebrated in Seville.

Andalusia currently has five active mining sites, namely: Cobre Las Cruces mine in Seville, and Aguas Teñidas, Sotiel, Magdalena, and Proyecto Riotinto mines in Huelva. On top of these, there are projects in advanced stages, such as Minas de Alquife in Granada, and Minera Los Frailes (Aznalcóllar) in Sevilla, as well as new projects in the mines San Telmo, Las Zarzas and Tharsis in Huelva, among others.

It is important to remember that since 2012, the Government of Andalusia has granted more than 1,140 mining rights occupying an area of 730,000 hectares, managed by leading companies, such as Mubadala-Trafigura, First Quantum, Grupo México and Kimberly Diamonds, among others, according to sources from The Economist.

It is evident that the mining sector has made a strong comeback in the region of Andalusia, where more than 3,000 million euros have been invested in the last decade. In 2017 Andalusia was the leading autonomous region in production value, with more than 1,308 million euros, which is almost 40 percent of the total national, according to the latest Mining Statistics of Spain.

In 2019 it is estimated that in Andalusia around 25 million tons will be processed (17 million in 2018), and turnover is estimated to be around 1,900 million euros, a figure that could go up to 2,200 million if current projects become operational.

It is important to note that this sector provides direct jobs to 11,000 people in the region of Andalusia, and in 2019 it will generate up to 45,000 indirect and induced jobs with pending projects. This is important data, but it only shows the tip of the iceberg, since experts assure that existing mineral resources in the region have tripled what was expected just a few years ago. Activity is assured, at least for the next two decades.

Media interest is mainly owed to what is called the Iberian Pyrite Belt, a geographical area 250 kilometers long and 50 wide that stretches from Cordoba to Huelva and passes through Seville. This seems to be the area that could hold minerals of importance, both in quality and quantity.